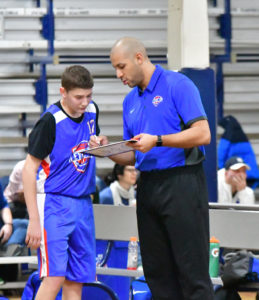 Coach Carlos Valdez was raised in Carolina, Puerto Rico until he was 17 and moved to Hudson Valley, NY to play his Senior basketball season at Minisink Valley High School. During his one year there he helped lead his team to a Section 9 title. Valdez then attended Mount Saint Mary College and played 4 years of basketball. As a Knight he completed his career as the only player in school history to score 1,000 points and grab 1,000 rebounds. He was an All-Conference player for 3 seasons and was just recently inducted into the college’s Hall of Fame. After college, Carlos played professionally in Puerto Rico and the Dominican Republic for 3 years in 2 FIBA Leagues.