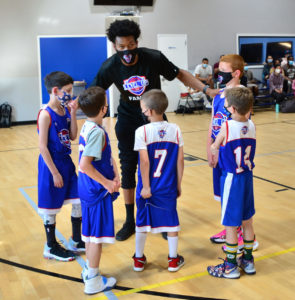 Coach Chris Coalman started his high school career at St. Mary’s for 2 years where he played major minutes and helped them get to the Catholic School Championship and Semifinals on Long Island. He transferred to LuHi as an upperclassmen and was named 1st Team All-Long Island and All-State as a senior. He capped his career scoring 1,500 points. He received a D1 scholarship to play at Robert Morris and after 2 years transferred to Adelphi University where he was a star player for them and will be graduating this year.