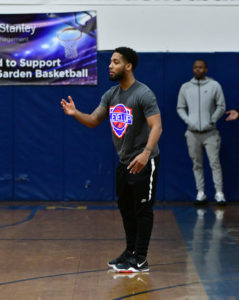 Coach Dante Agnew started his basketball career at powerhouse St. Mary’s High School. He was a 3 year captain and star for the team. During his Senior Season he helped lead his team into an overtime win in the CHSAA Class A Championship Game. He then played at D2 Nyack College as a point guard where he started more than half the games. Recently, he was hired as the Assistant Coach at his alma mater. In the past year he has been a full-time trainer for NBA and international professional players including Danny Green of the Toronto Raptors and Justin Wright-Foreman of the Utah Jazz. We are excited to have Dante join the program as he is one of the up and coming basketball minds and people on the basketball scene.