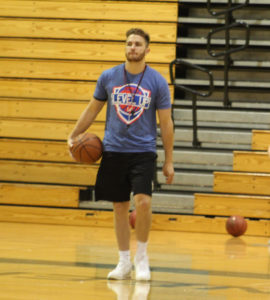 Coach Mike Byrne started his basketball career at at both Bergen Catholic High School and Wood-Ridge High School in New Jersey where he was an All-League player. From there he played at Bergen Community as well as SUNY Farmingdale State College. Both teams reached as high as #2 and #17 in the national rankings, respectively. After College he coached for Dwight-Englewood High School where he helped the team to their best record in school history at 24-5 and helped multiple players play collegiately. Recently he served as an Assistant Coach for Rutgers University-Newark for 2 years where he developed three 1,000 point scorers and helped double their win total. Currently he is in his first season as Assistant Coach at NYIT reporting to our own Coach Evan Conti.