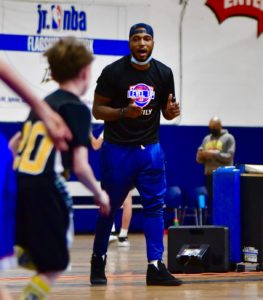 Coach Opong Bramble started his basketball high school career at Luther College High school and finished at Canterbury School. He played Varsity for his entire high school career and received 1 MVP, 1 MIP and 3 coaches awards. He also led his team to a city and regional championship while attending Archbishop M.C O’Neill High School. After high school, he went on to play for D2 NYIT where he played for three years and will be transferring to finish his last year with the athletics program discontinuing. He also played for the Vincentian national team in 2016 and 2018 in the FIBA Americup Pre-Qualifiers.