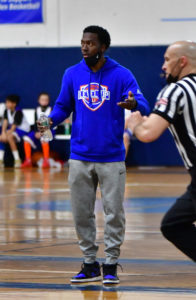 Coach Sean Smith started his basketball career at Walter G. O’Connell High School. He was a 3-year Varsity starter and racked up awards such as NYS Top 50 player, All-Long Island and was the Team MVP for 3 years. He also led his team to a Suffolk County Championship title. He went on to play for the University of Arkansas – Fort Smith, a D1 Junior College. He transferred to Dowling College where he played for 3 years. After college he became a trainer for players of all ages. Previously, he was the Head JV Coach at Mineola High School. Currently, he is the Assistant Coach for LuHi’s Regional team.