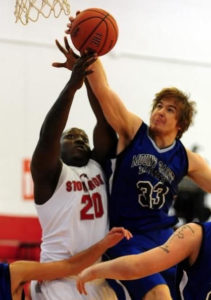 Coach Kevin Meilella started his basketball career at Kellenberg Memorial High School. He was 2-year starter and led his team to the playoffs both years. After high school, Kevin played at Mount Saint Mary College where he was a 3-year starter and he qualified as a 4-year Skyline Honor Roll player. In his sophomore year Kevin was named MSMC Most Improved Player. Coach Milella’s senior year was full of accomplishments finishing the season with the best record in school history, scoring his 1,000th point and becoming an ECAC champion for the first time in school history. He continued his love and passion for basketball after graduation by becoming a coach and a referee and is excited to be a part of the Level Up LI organization.